How To Feel Good Enough

If you wondering how to feel good enough for a beautiful woman, this is the guide for you. It’s packed with ideas and exercises to shift your mindset around.

I want you to read the next sentence very carefully.

One of the main reasons you’re currently unattractive to hot women is because you think you are.

We all create stories in our head about who we are, and they’re usually based on the events that happen to us…

Let’s say you tell some joke in the playground on your first day at school, you might tell yourself that this means you’re funny and cool.

You might then continue to display the behaviours of a funny cool person all the way into adulthood, because that’s who you think you are.

Sadly, it often works the other way around.

Perhaps you had your heart broken by your crush in school, or bullies teased you for being a loser.

When you truly believe you’re a certain type of person, your brain opens up the circuits that let you easily access this person’s behaviours. When you don’t believe it, it’s a lot harder.

In this case, the brain shuts down the circuits that allow you to be loud, funny, brave, confident, sexually open.

Instead, it focuses on not embarrassing yourself like the loser you think you are…

The good news is that it’s possible to reprogram your brain to believe you’re a champion who deserves success in all areas of life.

Honestly, most of the exercises I complete with my clients are centered around doing just that. If you agree that these types of exercises could help boost your self-esteem, I want to help.

In these calls, I can suggest some more of these exercises to you and together we can create a roadmap to help you live the abundant dating life you always wanted.

To book a call, click here and choose the best date and time for me to call you >>.

If you don’t want to become more self-confident right away, that’s fine too. Below are five ideas to help you feel more good enough around women.

How To Feel Good Enough: 5 Undeniable Truths To Boost Your Self-Esteem 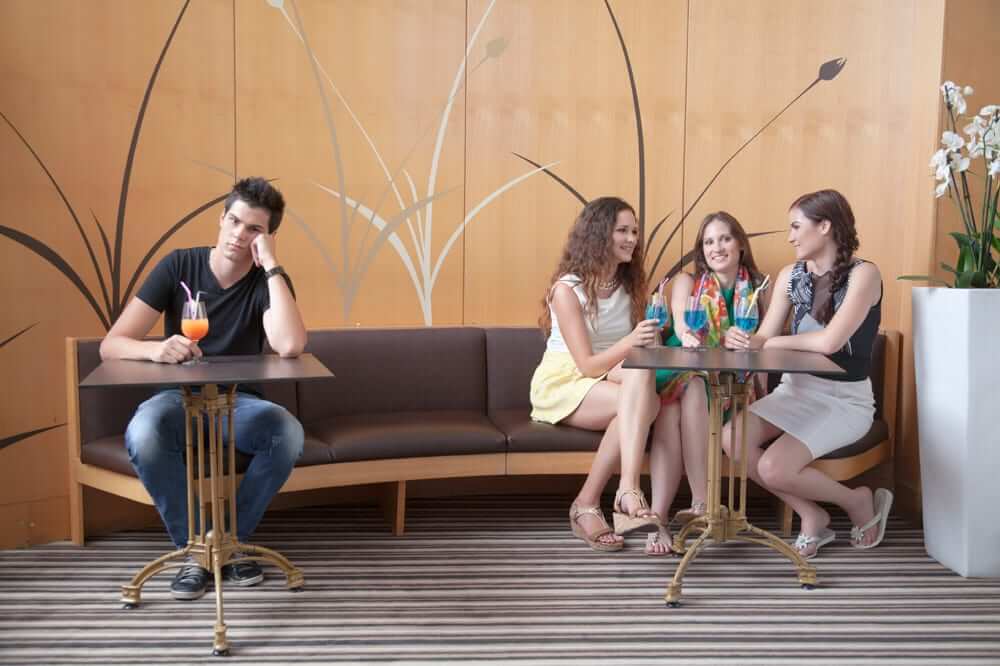 Do you make these mistakes with women you’re not attracted to? Exactly…

The question is: what can you do to fix this problem and get the girls you actually want?

Well, reading this article is a great start.

Below are five undeniable facts, which shatter the myth that you’re not ‘good enough’ to speak to a beautiful woman.

Where possible, I’ve included tips to help you prove these brutal truths to yourself.

Internalise these points, follow the advice, and you’ll be well on your way to feeling worthy of even the world’s most beautiful women.

1. Girls react to emotions, not logic

Even if you don’t think you’re good enough for a woman, you can still sleep with her by learning to spike her emotions and pull.

This is a skill which you can practice and improve.

This message was the essence of Mystery’s teachings back in the day. It became popular because men who learned it could get girls without having to work on themselves.

“If Style can get Britney Spears’ phone number, maybe I can pick up Barbara from accounts.”

Most modern pick-up material focuses on building a lifestyle that women would want to be part of, which is brilliant.

Yet, the fact remains you can still get laid by being a piece of shit who’s really good at game.

Maybe you’re not good at game yet, and that’s why you don’t feel good enough for your dream girl. Well, the more approaches you do, the better you’re going to get…

(This isn’t the healthiest attitude. It’s a big reason why ‘pick-up artists’ get a lot of stick. But it’s true. In a bar or club at least, the bum with good game beats the boring guy who’s got his life together)

2. You’ve been taught to not feel good enough

Feeling not ‘good enough’ is an opinion.

There was definitely a time when you felt good enough to talk to anyone – your early childhood.

No babies are born shy – and most young children think EVERYONE should listen to whatever they have to say.

However, the majority of people eventually fall victim to criticism or abuse, either from our family or from bullies at school.

At some point, we’re told we CAN’T be an astronaut when we grow up. We’re NOT worthy of being the centre of attention. We’re NOT the coolest kid in class. Hear that enough as a child and you start believing it.

Thankfully, there are ways to coach yourself back into self-love.

Here’s another simple exercise. It involves relaxing yourself into a meditative state, picturing your inner child and showing him all the cool stuff you have in your adult life. Show him all the things he was too naive to ever believe he’d have, then give him all the compliments you wish you’d got when you were small. Notice how great you feel after you’re done.

3. You’re probably a lot better than you realise

It’s easier than you realise to be an above-average male.

How many men have the bravery to cold approach a woman while sober? How many men are actively learning how to excite a woman? Let’s estimate it at around 1%.

How many men are actively working to improve themselves in other ways, be it financially, physically, spiritually etc. It has previously been estimated at 3%.

If you’re doing all these things, you’re a diamond in the rough.

Let’s look at some stats about the average man.

Meanwhile, the classic pick-up newbie is doing all this ‘diamond in the rough’ self-improvement, yet wondering how to feel good enough for the 6s and 7s in the club.

What do these bottle rats bring to the table? Well, that brings me to my next point… 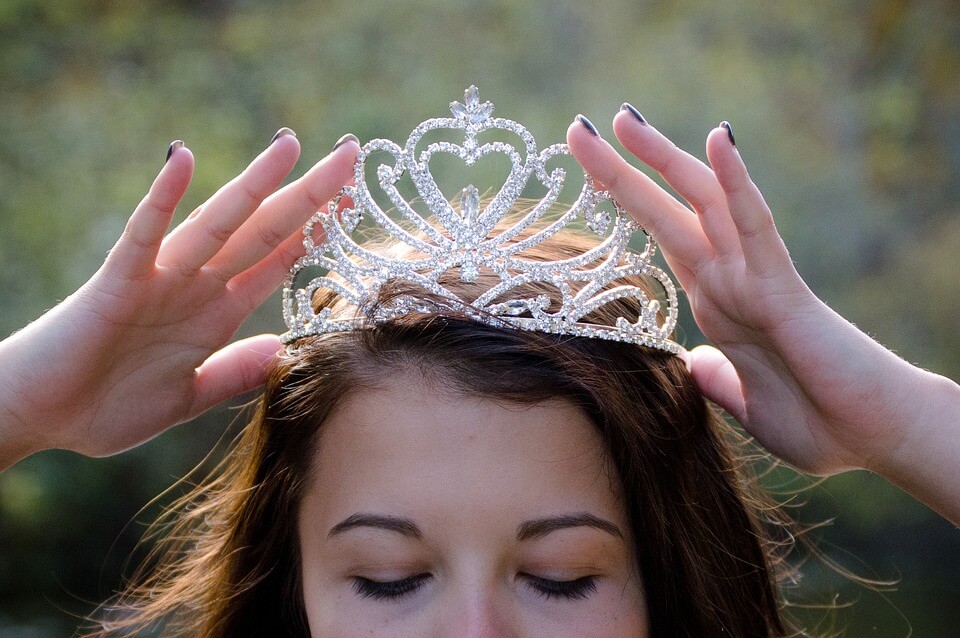 The ’10’ with the beautiful face and perfect ass that every man wants to have sex with.

Does that alone really make you wonder how to feel good enough to have her?

Sure, she gets overwhelmed with validation from men, which gives her a sense of status especially in a nightclub.

Yet, underneath all that, she’s just a human are riddled with human insecurities.

She makes silly jokes. She does smelly farts. She forgets to shave their legs. She may well spend half the day on Instagram comparing herself to models with millions of followers.

It’s very possible that she hasn’t developed her personality at all, because (as explored earlier) most people don’t.

She sees herself as a normal human. She values people who provide positive emotions without putting her on a pedestal.

When you approach her, do that. Then, once you’re in a conversation, get to work finding out if her personality is ‘good enough’ for you.

5. Deciding you’re ‘good enough’ is half the battle

Women want to be led by a confident man.

If you really believe you’re ‘good enough’ to speak with them, they’ll fall into that frame.

If you believe in yourself enough to lead them confidently, you’ll often lead them back to your bedroom with ease.

Most of ‘game’ is believing in yourself and being in the right place at the right time.

The bottom line is that women want to have sex with a cool guy. Provided there are no negative consequences, they’ll usually do it.

Go out and see for yourselves…

Welcome To The Game Global Academy

The Psychology Of Attraction

Introduction: How To Be Attractive To Women
What Do Women Want?
What Type Of Woman Do YOU Want?
How To Feel Good Enough
How To Escape The Friendzone
My #1 Tip For Beginners (How I Got Good So Fast)
Change Her Mood, Not Her Mind

How To Overcome Approach Anxiety
How To Get Into State
How To Open So People Want To Listen
How To Overcome Instant Objections
What Do I Say?
How To Swing Through The Open
How To Never Run Out Of Things To Say
What To Do When There's A Gap In The Conversation
How To Get Her Contact Details
How Women Show They're Interested
5 Playful Moves To Make Her Want You More
How To Approach Women In Groups
How To Interrupt
Positive And Negative Emotional Spikes
How To Break Tension During Daygame
Overcoming Shit Tests
How To Pull

The Beginner's Guide To Daygame
9 Daygame Mistakes To Avoid At All Costs
50 Women In One Day: Full Daygame Documentary (VIP)
How To Get An Instant-Date (VIP)
How To Hit On Women In Groups (VIP)
How To Approach Women When You're In A Bad Mood (VIP)
Ciaran Kisses A Romanian Arm Wrestler (VIP)
Ciaran Picks Up An Italian Yoga Teacher (VIP)
Ciaran Picks Up A Personal Trainer With Her Mum (VIP)
Ciaran Picks Up A Coffee Shop Employee (VIP)
Joe Wins Over 3 Sassy Malaysians (VIP)
Joe Picks Up A Korean Woman While She's Out Shopping With Her Friends (VIP)
Joe Meets Muslim Woman In Crowded Shopping Mall (VIP)
Joe Meets A Group Of Hot Thai Women Out Shopping (VIP)
Joe Meets 2 Hot Thai Women (VIP)
What To Do When You Pick The Wrong Woman (VIP)
Joe Number-Closes In Less Than 90 Seconds (VIP)
Joe Picks Up Chinese Woman Sat With Some Guy (VIP)
Taiwan Number-Close (VIP)
Joe Breaks Down Ciaran's Coffee Shop Approach (VIP)
30 minutes Of Daygame In Poland (VIP)
Chicken Nuggets and Daygame (VIP)
Meeting Latinas In Mexico (VIP)
How To Win Over Shy Women During Daygame (VIP)
Different Types Of Daygame Openers (VIP)
Joe Breaks Down Ciaran's Coffee Shop Approach (VIP)
Building Comfort During Covid-19 (VIP)
Intermediate Vs. Advanced Daygame (VIP)
Ciaran Approaches A Western Babe In Bali