Ooohkay now this is gonna be a bit different to the usual tidbits of info I give out but #fuckit let’s switch things up a notch.

Essentially it’s like this, it’s easier than you think to reprogram your brain to adopt whatever beliefs you want to have about yourself or the world and I’ll show you how right here.

Basically your brain has a program running inside it which dictates what kind of person you are and it’s been in operation since you were about 8. Everything about you from your sense of humour to your attractiveness, lifestyle, bank balance and anything else you can think of comes from this and it’s the reason why you are the way you are right now.

For instance, it’ll be January in a month and a half and that’s when 60% of the Western World are going to create New Year’s resolutions for all sorts of stuff from going to the gym to giving up smoking and whatever else. But how many people will actually stick with them?

Here’s another example. We live in a world where everyone wants to be beautiful and sexy, and everybody knows what that means. If you stopped some obese person in the street, put a gun to their head and said you’d blow their brains out if they couldn’t tell you how they could get sexy, they’d have a damn good idea. Without a doubt they’d say:

Sort out their fashion Everybody knows this is how you get sexy but most people don’t do it, and the reason is because they have programs running which tell them that they’re not sexy people. They subconsciously see themselves as obese, fat, average, or whatever, and won’t allow themselves to do anything which could threaten those self images.

The craziest thing about the human brain is that once you reach the age of 8 or so it installs beliefs about who you are as a person and then spends the rest of your life fighting tooth and nail to make sure you act in accordance with those beliefs. That’s why people give up on their resolutions and that’s why you’ve given up on the stuff you’ve tried to do.

But it’s possible to stop yourself from doing that. You can reprogram your mind and here’s how.

You need to show that computer between your ears that staying the same is more painful than changing and it’s really that simple. Ever heard of a drug addict who got clean after their kids were taken? Or a middle aged woman who got hot after her husband left her for a younger woman?

And that’s the realisation you need to come to. Human beings run away from pain and towards pleasure. You need to realise that living with your current belief is way more painful than changing it, and here’s how you’re going to do that.

Write out the following:

How has my current belief hurt my life?

Let’s say you’re too scared to approach girls, OK cool. Go in massive detail about how that’s hurt you in the past, is hurting you now, and will hurt you in future.

Think about all the lost opportunities, the porn, the shame, the lack of girlfriends, fuck buddies, and sex. Think about the loneliness and the money you’ve wasted on dates who weren’t interested in you because you didn’t have good enough social skills. Think about the 55 year old version of you and imagine how he feels about his life and the way you fucked it up for him. Literally think about every single way this belief has made you hurt yourself and keep going until it gets really painful. That’s key btw, you need to be in massive pain because of this list or you won’t be motivated to make the change. Ideally you want to be crying too.

Then you’re going to write:

How will my life be improved when I no longer have this belief?

And like in the last list, you’re going to write every single possible way it will be better. Using the hypothetical belief of being too scared to approach that might be:

Liking what you see when you look in the mirror

Etc etc etc. Give your subconscious mind as many reasons as possible to see how terrible the old reality is and how amazing the reality will be. Write these lists daily, feel the pain of the old belief and the joy of the new one and watch how quickly your mind starts naturally doing the things you find it impossible to force it to do. 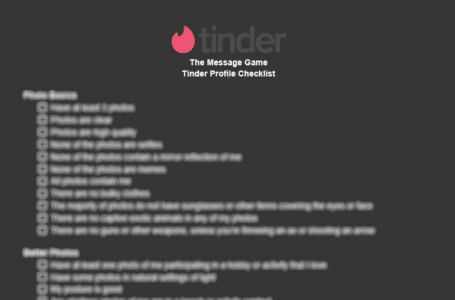