Learn the Most Powerful Way to Attract Women.

Want to know what it is? I’m going to tell you now but before I do, I want YOU to tell ME something, which is:

How do most people on the planet meet their wives, girlfriends, husbands etc?

That’s right, through social connections. The average person doesn’t meet romantic/sexual partners on the street or even in clubs or apps but through people they already know and that’s for a few reasons which I’m gonna lay out right now.

Firstly, yes, there’s an issue of male confidence and knowledge of dating techniques. Most men aren’t confident enough to approach random women on the street and most also don’t know enough about online dating to create dynamite profiles that get them matches, or how to message those women to get dates. This is true. But there’s two bigger reasons for it too which are:

Women don’t like to take risks when it comes to meeting new men.

Now let’s look at both.

Ever been on a site like YouTube and seen something like some dude doing a backflip from a tall building through a ring of fire onto the ground 20 feet below and just get up and walk away like it’s no big deal?

Probably once or twice right; and when you look at the comments, what do women usually say? Something like:

“This is why women live longer, LOL!”

And you know what those sorts of statements highlight? The fact that women tend to take way less risks than men. On the whole, they’re much more concerned with their safety than we are.

It’s simply a fact that women are less likely to:

Travel on their own

Leave their jobs to start businesses

Go to bars on their own

On the whole they’re more risk averse than men.

Here’s how this relates to dating

Essentially it’s like this, half the difficulty men go through when meeting new women on apps, the street, or in bars/clubs is that these girls don’t know who they are and don’t trust them.

Women aren’t just worried about whether or not they’ll have connections with new men they meet, they’re also worried about whether or not those men going to bore, rape, or kill them too. The simple fact is that the average man could do anything he wants to the average woman and women know that. This means that when they meet new guys who are unproven, they’re usually on their guard and scanning for red flags and this means that they often act disinterested and ghost at the tiniest hint of anything that could be remotely seen as a bad sign.

That results in you often feeling like you’re walking on eggshells with girls and being terrified to make a mistake because they know how quickly you’ll be written off.

But this isn’t an issue when you meet women through a social circle you’re a part of. When a woman meets a man through mutual friends a certain level of trust is placed on him immediately. She drops her fears and openly engages with him in a way she just wouldn’t if she met him out of the blue.

If you look back through your past relationships I’m sure you’ll see most of them were with girls you met through friends.

When a man looks at a woman, he knows based on her beauty whether or not he’s interested, but women aren’t like that at all. Women need to know a whole bunch of intangibles like your personality, sense of humour, social standing, and so on, and all of these are things that take time to work out. Loosely put, it takes women longer to know if they’re interested in you than for you to know if you’re interested in them, but you know a brilliant tactic they all use to chop down the time it takes to figure you out?

Seeing what other people say about you.

Basically, if people she respects like and respect a man it means he must also be likeable and respectable. If he’s well regarded he must have value in the form of money, personality, connections, and so on. Ignoring what I said about safety, realise this; her knowing that you have desirable social connections makes you immediately more attractive to her. It’s the reason why tens of thousands of girls will scream their lungs dry at BTS concerts and why men don’t do the same thing with female celebrities.

For those girls, just knowing that all the other girls in that audience want BTS makes them physically want them even more, that’s how women operate.

But men on the flip side aren’t more attracted to female celebrities on the basis of them being wanted by lots of other men. It’s just incidental to us.

HOW YOU CAN USE THIS TRUTH TO YOUR ADVANTAGE

You basically want to leverage your social connections as much as possible, for instance:

Post a pic of you with attractive female friends on your dating profile. (Make sure it isn’t just one girl because then you’ll look like a playa. And also, make sure all women in the pic are very happy to be with you)

Go out to bars and clubs with your female friends (the women you meet will instantly trust you, believe me)

**To book a free call with me, click here to choose the best date and time for me to call you >> 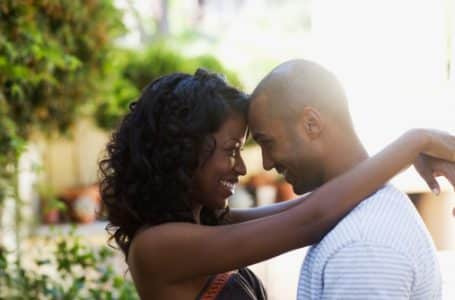 How I Learned To Seduce Women With...