Are you sick of your mediocre sex life and being ignored by the women you really want?

Are you tired of being anxious and confused around girls?

Do you want to become desired by high-quality women?

We’re committed to transform you into the guy who:

We both used to have no idea why women didn’t like us. So, we got to work to discover what women actually want. We read books, attended seminars, watched videos, bought courses, listened to podcasts, met coaches and slowly grinded away at our insecurities for years. We also went out and met THOUSANDS of women to see if this new information ACTUALLY WORKED. Now, we want to help you learn what we learned. That’s why we created an international brotherhood - a tribe of men on the same path as you - to help turn your wildest dating dreams into reality.

The best way to be great at anything in life is to surround yourself with guys who know more than you. You're the average of the 5 people you spend the most time with.

It’s this powerful law that drove us to create a mastermind academy for men who want to lead truly incredible dating lives. And it’s this law that will make you unstoppable once you take advantage of it.

Our mastermind academy both educates and feedback on each other’s sticking points, so everyone learns what ACTUALLY impresses women.

So with that in mind, do you want to become amazing at attracting women?

Do you want to know:

You’ll get all the above & more by joining the Game Global Mastermind Academy - our coaching network which spans across Facebook, WhatsApp & Telegram. 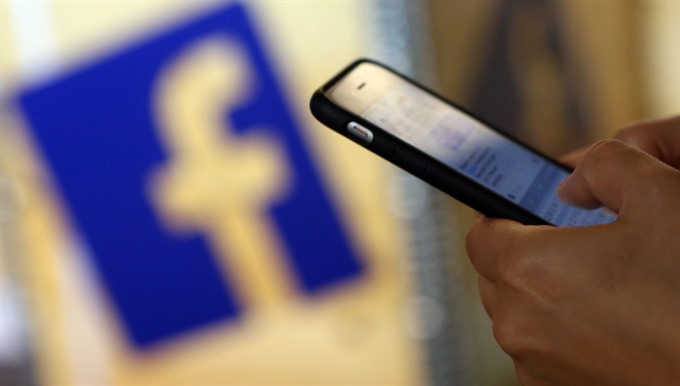 Strategy Calls with Ciaran & Joe Each call will provide insight into a different area of success with women, but if you have a specific question, then ask away and it’ll be answered.

Personalised Coaching & Feedback We answer every question put to us and will guide you through all your dating problems. Using our years of experience, we’ll help uncover the subconscious blind spots that are sabotaging your success with the opposite sex.

Exclusive Footage of us Approaching Women You’ll see footage of us out meeting and seducing women using the techniques we teach. What’s more, you’ll see us breaking down why they work, so you can do it too.

Exclusive QA Content We regularly dive deep on the issues that are holding you back so you can level up as a man.

Daily Personal Development Videos You’ll get daily videos that analyse various areas of success with women and social/self-confidence and show you how to become the best possible version of yourself.

Interviews with Dating Experts Audio interviews with men (sometimes women) who know their shit when it comes to attraction. Want to learn from the most successful guys in the world and finally know what girls are REALLY thinking? This is for you.

Text Messaging Support Girls ignoring your messages after you get their numbers? Do your text chats start OK but quickly fizzle out and go nowhere? With our help, you’ll have girls consistently and excitedly responding to your messages and eager to go on dates with you.

Tinder Profile Feedback Not getting enough matches? It’s likely you’ve made some catastrophic errors on your profile that we can fix. We’ll give brutal feedback to help you create a profile that girls find intriguing and not repellant.

Fyi, if you don't have facebook then no problem, we'll send all the above directly to your phone

When you join our community, we'll add you to our private WhatsApp & Telegram groups free of charge. This is where you'll chat in real time with us and the tribe for immediate support.

You'll get all the above & more when you join.

How we transformed our dating lives

Ciaran: "Growing up, I was painfully shy. I didn't know to talk to girls. I was terrified of being judged and always thought people were laughing at me. As a result, women never took me seriously. I always wanted to be that cool guy who people loved hanging out with. Instead, I was terribly lonely.

When I was 19, something finally snapped. I refused to accept that I'd spend my whole life as the person who women didn't want to be around. This is not the way I wanted to live!

So what did I do? I did a ton of research. And I realised the dating advice we're fed by TV, films and magazines just doesn't work. It's an idealised version of what people wished was true, but it's not. I read more and more about social dynamics, how to express myself and how to be attractive to women.

Now, I want you to join Game Global to learn from Joe and I. We want to show you the benefit from all our years of experience. We want all your wildest dating ambitions to come true."

Joe: "In my early twenties, my dating life was nothing to write home about. I had a few girlfriends, including one who I fell head over heels in love with. We moved in together, but it started going downhill once she began suffering from mental health problems. The relationship took its toll on my confidence, and culminated in her cheating on me.

Trying to meet new women was a nightmare. I was torn apart. Full of resentment. All my hopes and dreams for the future felt ruined. My charisma had been sapped.

But I never knew it! I had no idea why women were now screwing their face up at me, laughing to their friends, screaming and running away. Out of sheer desperation, I began Googling how to be better with women and discovered a wealth of information. I learned how to trigger a woman's emotions, spark her interest and bring positive energy. Most importantly, I learned how to feel better about myself. It soon became clear what I was doing wrong before.

The best thing about all this information? The more you practice it, the better you get. I've managed to turn my life around and now it feels like my duty to share everything I've learned."

'Ciaran’s advice has transformed my game. Because of him I’m building a social circle of cool guys and hot girls and have more sex now than I’ve ever had before. I can’t recommend Game Global and their teachings enough. This group is amazing!'

'Thanks to this brotherhood, I always have people who give good advice when I need it.'

'If I'm stuck, I know I can count on someone in this group to help me out. If you want to become a giant, you need to surround yourself with giants.'

'Because of this group I learnt the difference between kindness and weakness. Now I became a stronger version of myself. I’m still kind but I can stand up for what I believe in.'

'Being around like minded people is great. Learning from others experiences and working out different thoughts and situations just from a text conversation is amazing.'

Game Global showed me that just being nice isnt enough, lots of girls actually enjoy being approached, and if you have fun and amuse yourself, people will enjoy being around you. I also now know that being rejected just isn't a big deal at all.'

'This group is like a family to me and I’m so glad I discovered it. My success rate with girls has skyrocketed since I became part of this group and that’s happened for 2 reasons.

Firstly, the coaches know what the fuck they’re talking about and give great advice. And secondly because everyone gives a shit, we’re all brothers working to help each other get better with girls and life, and we all help each other out in any way we can.

Another thing I love about this group is that there’s absolutely no judgement. We’re all free to be ourselves and talk about what’s really bothering us and when we do that we can be sure that nobody’s gonna look down on us.

Oh and also, the advice Joe and Ciaran give is very specific to whatever problems we have. It’s not a one size fits all approach but aimed directly at whatever we’ve got going on in our lives.

'It's been such a help for me. I usually hang around with girls so it's great to have likeminded guys who I can share thoughts and experiences with.

My experiences here have been eye-opening. It’s helped me out tremendously, not just with ladies, but as a person and when it comes to dealing with different people. Kudos to you, Ciaran and Joe.'

'These guys killed my boring, narcissistic, unconcerned behavior...took me as their own, forever thankful.'

Everything you get & how much it costs

Joining Game Global gets you:

As well as these free ebooks:

with no contracts or hidden agendas. Plus...

There's no risk with our 15-day money back guarantee

If you cancel at any time in your first 15 days, you'll get a full refund

Join now and get your Game Global membership for the discounted price of $35 a month. But be warned, the price goes back up to $47 a month soon.

After the payment has been confirmed:

If there are any technical errors you have two options. You can either message Ciaran on +447875603623 or email joeandciaran@4weekconfidence.com.